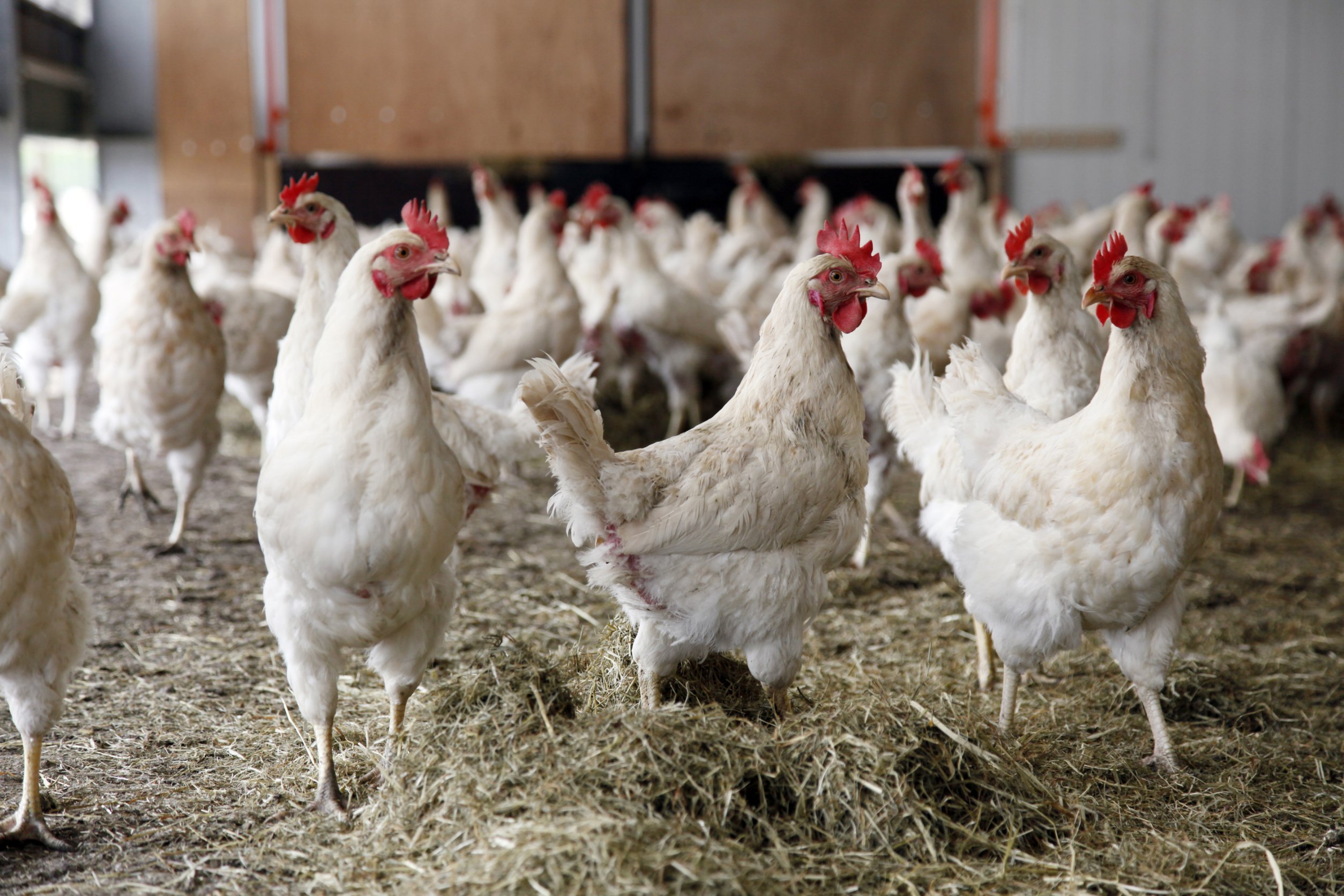 For many decades, the commercial poultry industries in the European Union and North America have maintained the policy not to vaccinate their birds against avian influenza. In the event of an outbreak of avian influenza on a poultry farm, regardless of the pathogenicity of the strain, the policy has been to cull and destroy all birds on the farm; the policy often applied to poultry farms in the immediate vicinity of the affected farm as well. This policy has also been routinely applied in the avian influenza outbreaks in Europe and North America over the winter period 2021/2022. As of 15 March 2022, a total of 1,574 outbreaks of highly pathogenic avian influenza (HPAI) in poultry flocks have been reported across Europe[i], and millions of birds have been culled in an attempt to curb the outbreaks. In the first few months of 2022, 176 outbreaks in commercial flocks and 130 outbreaks in backyard flocks were reported in the USA[ii], while 80 outbreaks were reported in flocks with domestic birds in Canada[iii]. These widespread outbreaks in farms have occurred despite strict biosecurity measures including compulsory indoor housing, raising questions about the capacity of biosecurity measures to fully prevent virus introduction. At the same time, these widespread outbreaks in domestic birds have been accompanied by a very high number of detections of HPAI in wild birds including in non-migratory birds[i], which indicates that HPAI has become established in the resident wild bird population and will pose a continuous risk for introduction into farms and backyard flocks.

Against this background, the call for the use of vaccination as a means to protect domestic birds against infection is becoming louder. In December 2021, appropriate vaccination strategies as a possible prevention strategy, considering the change in dynamics of avian influenza in the wild bird population, were mentioned in a scientific report by the European Food Safety Authority, the European Centre for Disease Prevention and Control and the EU Reference Laboratory for Avian Influenza[iv]. The US Department of Agriculture is exploring the option of using vaccinations to protect poultry[v], and the French Minister of Agriculture has expressed support for the use of vaccination[vi]. Vaccination will help reduce the need for destruction of birds and help lower the risk of transmission of the virus from infected poultry to humans or other species. By reducing virus circulation, vaccination will also lower the probability of virus mutations. And finally, vaccination addresses consumer concerns surrounding the large-scale culling of livestock when vaccines are available.

However, there is still a number of challenges to be addressed before vaccination against avian influenza is likely to become a common preventive strategy in non-endemic countries, and it is unlikely that they can all be resolved quickly. Although the World Organisation for Animal Health mentions vaccination as a tool to help prevent transmission of HPAI, vaccination against avian influenza is prohibited in the European Union, the United States and Canada. One important driver underlying this ban is the concern of buyers of poultry and poultry products about the ability to differentiate between vaccinated and infected animals and the probability that virus can circulate undetected in vaccinated populations, and other countries that vaccinate are confronted with trade barriers as a result. Various efforts have been undertaken to develop an avian influenza vaccine that would allow for are liable differentiation between vaccinated and infected animals, however until today, no method has been identified that satisfies all criteria[vii]. A global stakeholder meeting is scheduled this autumn to discuss how unnecessary trade barriers can be removed for countries choosing to use vaccination for prevention and control of HPAI[viii], which may pave the way for regulatory changes.

Costs of vaccination are another concern for poultry producers. The economic margins per bird are very low, which are typically compensated by having large production units. Vaccination costs will negatively impact the economic margin, and each farmer will therefore carefully weigh the increased production costs due to vaccination against the probability of losing the entire flock due to an incursion of avian influenza without vaccination. In Europe and North America, which have for the most part only been confronted with sporadic outbreaks and which also apply non-vaccination policies for other livestock diseases, adoption of vaccination will require a significant change in mindset and business management for poultry producers. Adoption of routine vaccination may also require discussions between poultry producers and commercial buyers about farm gate prices to avoid increased production costs being solely born by producers.

There are also practical challenges in the application of avian influenza vaccines in poultry that need to be taken into account. The vaccine delivery method needs to be suitable for application to a large number of animals. While injections may be feasible for day-old chickens at a hatchery, injections at a later stage of production, for example re-vaccination of laying hens, becomes no longer practical. Vaccination delivery through drinking water or sprays is more practical for large-scale use and are both commonly in use in poultry production. However, vaccines delivered through water or spray typically contain virus that still has the capacity to replicate in the host. While this process boosts immunity, it is a risk with avian influenza virus because it can contribute to the development of new mutations through exchange of genes with other co-infecting avian influenza virus strains and can also revert from a low pathogenic to a highly pathogenic version. Inactivated vaccines may overcome this disadvantage and may be produced in powder form for inhalation. However, it is a challenge to obtain consistent results throughout a barn using this formulation, potentially leaving birds without adequate protection against infection. New vaccine technologies, or existing vaccine technologies adapted to avian influenza, may be needed to develop an avian influenza vaccine that is safe, effective and suitable for mass application.

Following vaccination, it takes several days for the birds to develop an immune response. In the context of broiler production, where the life span of the birds is only five to seven weeks, the implication is that birds can still have insufficient immunity for a significant part of their lives. The value of vaccinating broilers may therefore be an important consideration for farmers weighing the costs of vaccination against the reduction of the probability of an outbreak of avian influenza in their flocks. On the other hand, laying hens have a total life span of approximately twenty months, which may lead to a need for re-vaccinations after several months of production. Costs of vaccination and ease of vaccine application will therefore determine the practicality of routine vaccination in egg production.

Finally, an important challenge is the identification of the appropriate virus strain to be included in the vaccine. In the winter season 2021/2022 in Europe, outbreaks of H5N1, H5N2 and H5N8 have been detected in domestic and wild birds, with the majority of the outbreaks being caused by H5N1[i]. In contrast, in 2020-2021, the majority of the outbreaks were caused by an H5N8 strain[ix]. Other years may feature still other dominant virus strains. Similar to the seasonal human influenza vaccines, in absence of a universal vaccine strain, manufacturers of poultry vaccines will therefore continuously have to adjust the formulation of their vaccines to the dominant strains because cross-protection between strain types is limited. If the virus strain in the vaccine does not match the circulating virus strain, it is possible that birds are protected from clinical signs but are still infected and shedding the virus, thus contributing to undetected spread of the virus. The effectiveness of the vaccines against the circulating virus strains will depend on the abilities of the vaccine manufacturers to forecast the next season’s dominant strains.

All of these challenges should not put a stop to global activities to re-think the non-vaccination policy for avian influenza in commercial poultry production in non-endemic countries and to achieving a paradigm shift. However, further research and development may be needed before a new policy can effectively be adopted and implemented.