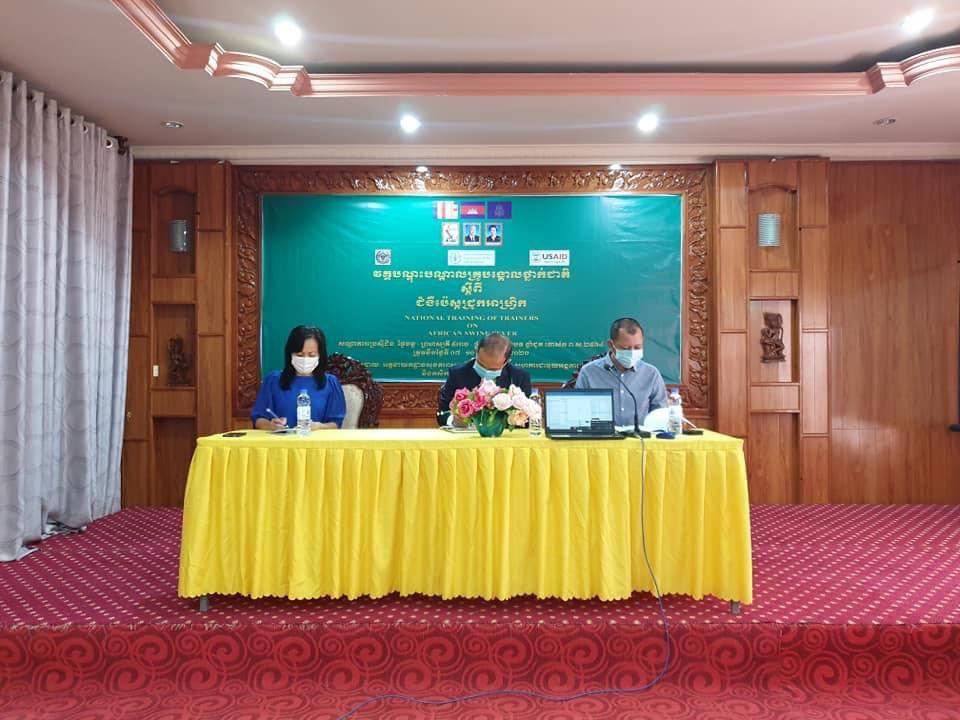 SAFOSO works in partnership with the FAO regional Office for Asia and the Pacific (RAP) on developing a series of trainings to build capacities on detection and response to African swine fever in the South East Asia region.

The second phase of African swine fever (ASF) capacity building activities started with a training on ASF Detection and Emergency Response organised on September 7-10 in the province of Battambang, Cambodia. National-level veterinarians eagerly joined the activity and trained around 25 provincial and district level veterinarians.

The training followed the on-line regional-level Training-of-Trainers that SAFOSO had developed and conducted in partnership with the FAO RAP from June 22 to July 2, 2020.

At the ASF Detection and Emergency Response training, Cambodian veterinarians who had participated in the previous regional-level training, were able to pass on their knowledge to the local veterinarians with the goal to enhance the capacity for ASF prevention and control at sub-national levels.

SAFOSO representatives Patrik Buholzer, Marco De Nardi and Carla Stoffel provided remote support to the Asia teams through a presentation on the Global ASF Situation and by actively engaging in three Q&A sessions.

The next national-level trainings are planned to take place in Myanmar and Viet Nam.