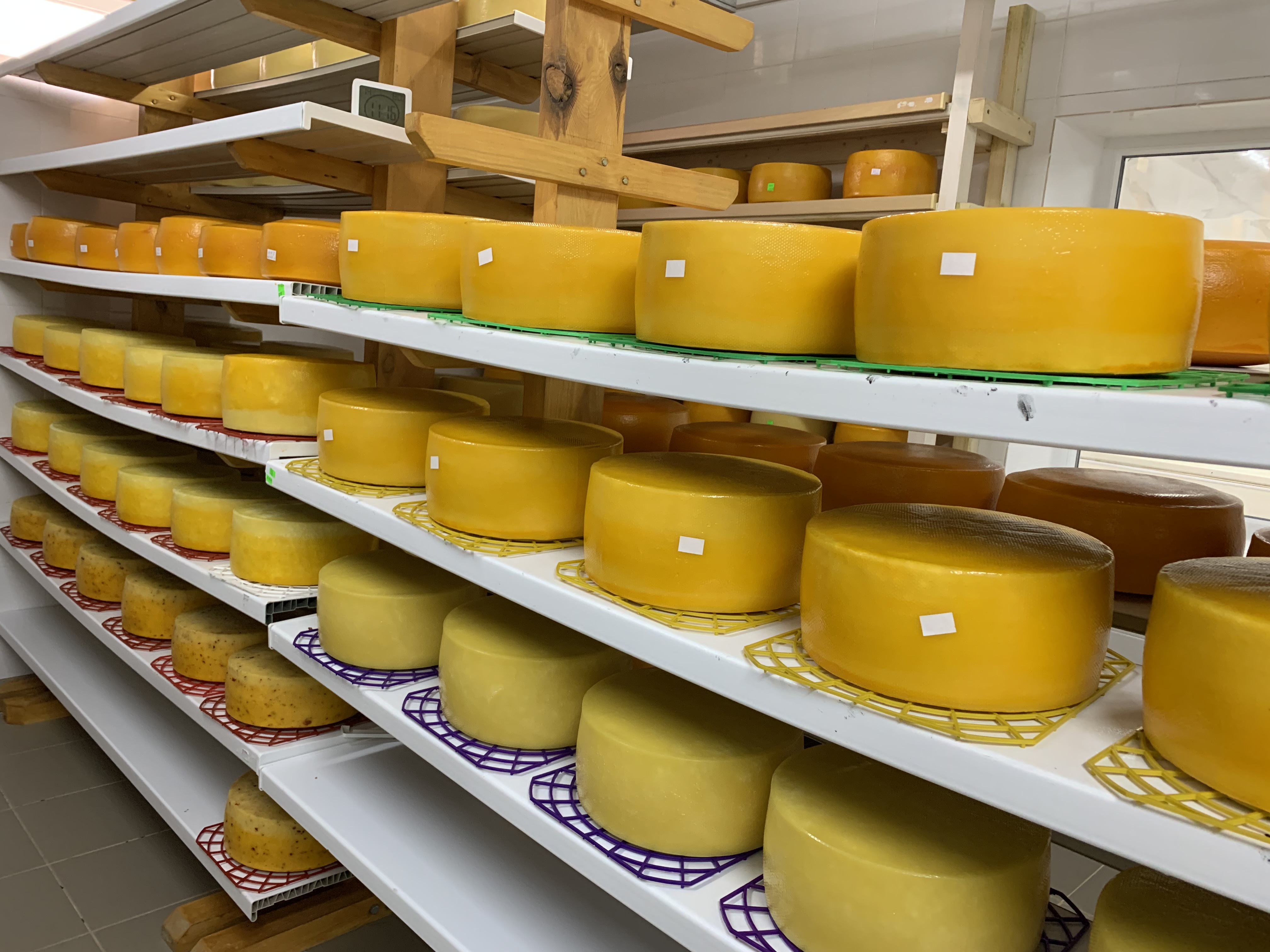 Russia’s military aggression in Ukraine is having a great impact on milk processing companies, the extent of which depends on the specific location of the company. Companies located in areas with active hostilities have had to suspend their operations to protect the safety of their employees, including some belonging to the top ten dairy manufacturers in Ukraine. This applies primarily to the oblasts (provinces) with active hostilities in the north-east, east and south of the country.

The companies in the rest of the country that continue their operations face staff shortages because male personnel have been drafted by the military and other personnel have been evacuated from the region. To compensate for the national loss in milk production capacity, the milk processing companies that remain in operation have increased their production capacities. This was possible because, prior to February 2022, many milk processing companies were not operating at full capacities due to a general shortage of raw milk: over 250,000 tons less milk was processed in Ukraine in 2021 in comparison with 2020. This volume is equivalent to approximately the processing capacity of two large milk processing enterprises in Ukraine in a year. Since raw milk is being redirected to companies that remain in operation, they can now upscale their production.

Despite some companies ramping up capacity, the milk processing industry in the country is generally compromised due to fuel, vehicle, and supply shortages, disruption to dairy product distribution channels, and disruptions to the national raw milk control program. The government and industry are collaborating to find legal channels to mitigate the challenges in order to bring the supply of dairy products to the consumers who need them.

Fuel shortage and road destruction is a major constraint for the logistics of milk collection. By the second week of the military aggression, it has been estimated that Ukraine was only processing 50-60 % raw milk volumes compared to the week prior, with drastic consequences for the availability of dairy products for consumers especially in the regions with ongoing military hostilities.

To mitigate fuel shortages, some agricultural enterprises have started to refuel milk trucks for the milk processors. Farm owners are later compensated by the delivery of dairy products, which they then distribute among their employees and local residents. In addition, some milk trucks have been repurposed by the Ukrainian Armed Forces for the transportation of fuel or the delivery of water to communities where the water supply is no longer functional. As a result of these challenges, milk processing companies are concentrating their efforts on collecting raw milk from agricultural enterprises and no longer collect milk from household farms or village-level milk collection points. Prior to Russia’s military aggression in Ukraine, milk processing companies collected 81,7 % of their raw milk from agricultural enterprises and 18,3 % from households and milk collection points. Eliminating household farms and milk collection points from milk collection routes has therefore caused a significant reduction in milk available for commercial processing. To add to the challenges of milk processing companies, there are shortages in products such as ingredients, detergents, and packaging materials.

When it is possible to bring milk to the processing company or for the company to pick the milk up from an enterprise, the milk is processed. However, where transport of milk to the processing plant is not possible, e.g., due to shortened milk collection routes or destroyed roads, dairy farmers have started to distribute their milk to their local communities through both sales and donations. The milk is delivered directly and with the help of local volunteers to socially vulnerable groups.

As a result, products may need to be stored at the processing companies for much longer periods than usual. Processing companies have therefore shifted their production to focus on products with long shelf lives, such as UHT milk and cream, butter and hard cheeses. Products with short shelf lives, such as yoghurt, kefir and other fresh products, are only produced based on customized orders by retail companies.

Processing companies used to export about one third of their milk equivalent produced, amounting to about one million tonnes per year, primarily as milk powder and whey for further processing in non-EU countries and primarily via the Black Sea. These exporting production companies are confronted with a near-complete loss of their distribution channels. It is now impossible to export dairy products by sea due to blockages of the harbours, and exports by truck are very difficult because Ukraine has prohibited men in the age category 18-60 years of age to leave the country. To address the latter problem, the government of Ukraine has recently facilitated border crossing procedures for international truck drivers and railway conductors. The Ukrainian authorities are also negotiating with the EU to open veterinary border crossing points for railway crossings to increase the export and transit capacities. Export to EU markets however is restricted to those dairy establishments that have been authorized. By the end of March 2022, this applied to only 31 establishments.

The government of Ukraine has set up a co-ordinational mechanism to collect the needs of the state for food, fuel, medicines, vaccines, medical equipment, and consumables, and it is organizing centralized procurement and subsequent distribution based on the identified needs. Furthermore, the Ministry of Agrarian Policy and Food has developed a system for public procurement of socially significant food products for consumers, including dairy products. The list of these dairy products includes those with long shelf lives (e.g., hard cheeses, condensed and UHT milk, milk powder and butter) and offers milk processors an opportunity to sell their products to the state for distribution to the population in the areas facing military hostilities. According to the Ukrainian Union of Dairy Enterprises, as of March 2022, 30 % of sales of dairy products are carried out through this public procurement system.

According to the government of Ukraine, a food reserve is being built to cover the free distribution of food to ten million people in the regions where active hostilities continue. The Ministry of Infrastructure, Ukrainian railways "Ukrzaliznytsia" and state postal service organize transport of goods free of charge to the regional military administrations, who are then in charge of further distributing them to the consumers.

Industry associations and private suppliers are also putting in a great deal of effort to supply all the goods necessary for milk processing and to provide dairy products to consumers. By order of the Ministry of Agrarian Policy and Food, the Association of Milk Producers is providing new and extended consultancy services for milk producers. The association is helping milk producers find new milk processors as needed. It is also providing remote consultancy services such as animal health, calf feeding and agronomy to farmers in areas where the veterinary and advisory services are no longer operating. It helps organize veterinary drugs and provides legal advice such as for organizing bank loans, bookkeeping and for applications for staff conscription waivers. Overall, the Association of Milk Producers is offering an important hotline service for a wide range of industry topics.

While the Ukrainian government and dairy industry are actively working together to provide much-needed dairy products to consumers as quickly and as safely as possibly, they are working under circumstances that are increasingly challenging as a result of Russia’s continued military aggression in Ukraine. The current threats to logistics, supplies and distribution channels in the dairy processing industry can have short- and long-term negative impacts on Ukraine’s ability to feed its population during this critical period.