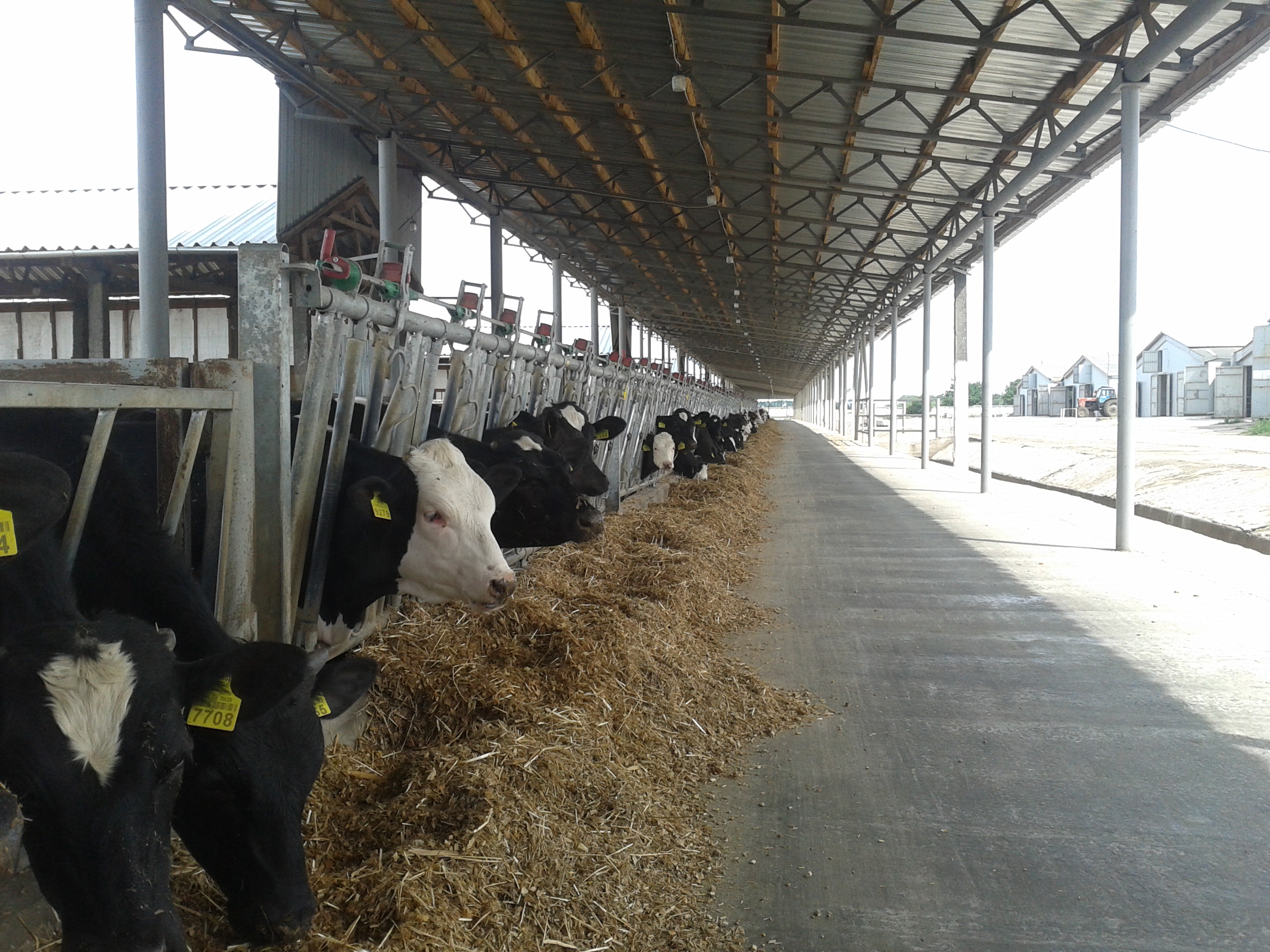 Livestock industry operations in Ukraine are in large part disrupted or suspended due to Russia’s military aggression in Ukraine. There are major shortages in staff, electricity, fuel, feed and other supplies such as fertilized eggs and livestock semen required to maintain regular production capacities and operations. Facilities associated with livestock production are being destroyed or are under threat, and landmines in fields pose a threat to grazing animals and to farmers who need to access the fields. While Ukraine is beginning to recognize certain livestock and livestock production supplies as critical for imports, these measures are only just beginning to mitigate the damage already done to livestock production.

Large numbers of livestock farms are located in areas with ongoing hostilities, even though the exact number is not known. According to the State Statistics Service of Ukraine, about 30 % of livestock populations are currently in oblasts (provinces) with hostilities, including cattle, pigs, and poultry. It is difficult to estimate if all animals in an oblast are in a combat zone, as hostilities may not affect entire oblasts. However, many animals are known to be suffering as a result of Russia’s military aggression in Ukraine.

There are disruptions to electricity and fuel shortages in regions depending on the status of hostilities. Where there are active hostilities, there is often no electricity for long periods, and livestock producers must rely on generators. But the ability to use generators for long periods also depends on production capacity and fuel reserves. At this time, it is not possible to obtain information about the number of farms who suffer from absence of electricity, generators, fuel for generators, etc. Some farmers have indicated through personal communications that larger farms would usually have generators that can be used for mechanical milking, for example, while smaller farms would rely on hand milking. Feeding of the animals is mainly done by hand.

Milk producers usually have a sufficient reserve of fuel because they store the fuel for different types of work at farms, but such storage depends on production capacity. It is not clear how long the hostilities will last and if the fuel reserves will be enough. In some regions of Ukraine, there is no fuel at petrol stations, and in some regions, the petrol stations supply fuel in limited quantities, and livestock producers will face significant challenges once on-farm fuel reserves are depleted.

All feed production enterprises depend on a constant supply of grain, but grain deliveries and procurement processes are currently facing significant disruptions. On the one hand, some grain elevators are located in occupied areas and some have suffered damage during military attacks. This reduces the availability of source material for feed manufacturers, although the impact may differ between regions. On the other hand, many manufacturers are confronted with an acute lack of liquidity, which further complicates the procurement of feed ingredients. It is unclear how long the remaining feed stocks will last.

Domestic production of feed supplements has also been suspended and cannot be fully compensated by imports. Special feeds, compound feeds and feed additives have been identified as critical imports, however the import process is difficult due to logistical constraints, lack of liquidity and limitations on currency exchange. Companies that are not located in combat areas are starting to resume their operations, but livestock operations are searching for feed manufacturers that still have stocks of feed supplements.

Regular testing of feed to mitigate risks to human and animal health has also been disrupted. The number of animal feed samples has decreased, both for periodic control by producers and for the implementation of the state monitoring plan. Today’s main goal for operating enterprises is to manufacture products to prevent a humanitarian crisis, such as ensuring a sufficient supply of dairy products for Ukrainians.

Even when livestock producers have the financial means to procure feed and feed supplements, there are not always enough procurement mechanisms and possibilities to deliver concentrates and feed supplements to the farm. Unfortunately, in some occupied regions, livestock farmers are running out of feed and water for their animals. In the best case, farmers release their animals from their stables or slaughter them. Meat can then be distributed to the local community. A similar situation occurs among poultry farms: when there is no feed, water or electricity, employees release the birds from the poultry houses. Local community members catch the released birds for food.

Bovine production relies on imported semen for high-quality production genetics in the dairy industry. The value of imported bovine semen increased from US$ 3 million to US$ 4.7 million between 2018 and 2020. The current availability of semen at artificial insemination centers in Ukraine varies from region to region, but the average stock can last 2-3 months before the liquid nitrogen storage tanks must be refilled. Disruptions in the importation of bovine semen will have important implications for the productivity of the dairy industry.

Solvents for pig semen are also in short supply. Solvents will soon be added to the list of critical import goods.

Spotlight on the poultry industry

Regions under a constant threat of seizure face critical destruction of agricultural buildings and facilities, including poultry businesses. There are several large poultry farms in Ukraine that are located in occupied areas. They suffer from disruption of supply chains which results in the birds suffering from starvation. Disruptions to electricity leads to disruption of ventilation and air conditioning systems. The birds perish on a large scale as a result, posing not only a welfare issue but also environmental and health risks. To mitigate this issue, many poultry owners have decided to distribute their birds to the remaining local population.

Ukraine has ten parent poultry flocks, supplying chicken to the Ukrainian egg and broiler producers. One of these parent poultry flocks is located in Kyiv oblast, which was occupied until very recently. The exclusion of such a parent flock from the production chain results in the suspension of operations of several other industrial poultry farms producing eggs and broilers.

Parent poultry flocks rely on imported day-old chickens. Several EU countries including the Czech Republic and Poland have resumed supplies of day-old chickens to Ukraine, although imports are not yet back to normal levels. Due to the short production cycles in poultry production, this sector is likely the first to face significant reductions of its production capacity.

Furthermore, turkey farms in Ukraine are not large enough to maintain operations under the current conditions. Two of these large enterprises with significant market share have already ceased operations due to critical infrastructure damage.

The long-term impacts of the current disruptions to regular livestock industry operations due to Russia’s military aggression in Ukraine remains to be seen. While for some farmers, the damage may be irreparable, for others, they may be resilient enough to get through this period of military aggression or to recover once it has ended. Most likely, impacts will differ between sectors due to differences in production cycles and dependencies on imported commodities. However, the longer the hostilities continue, the more difficult it will be for all farmers to recover.