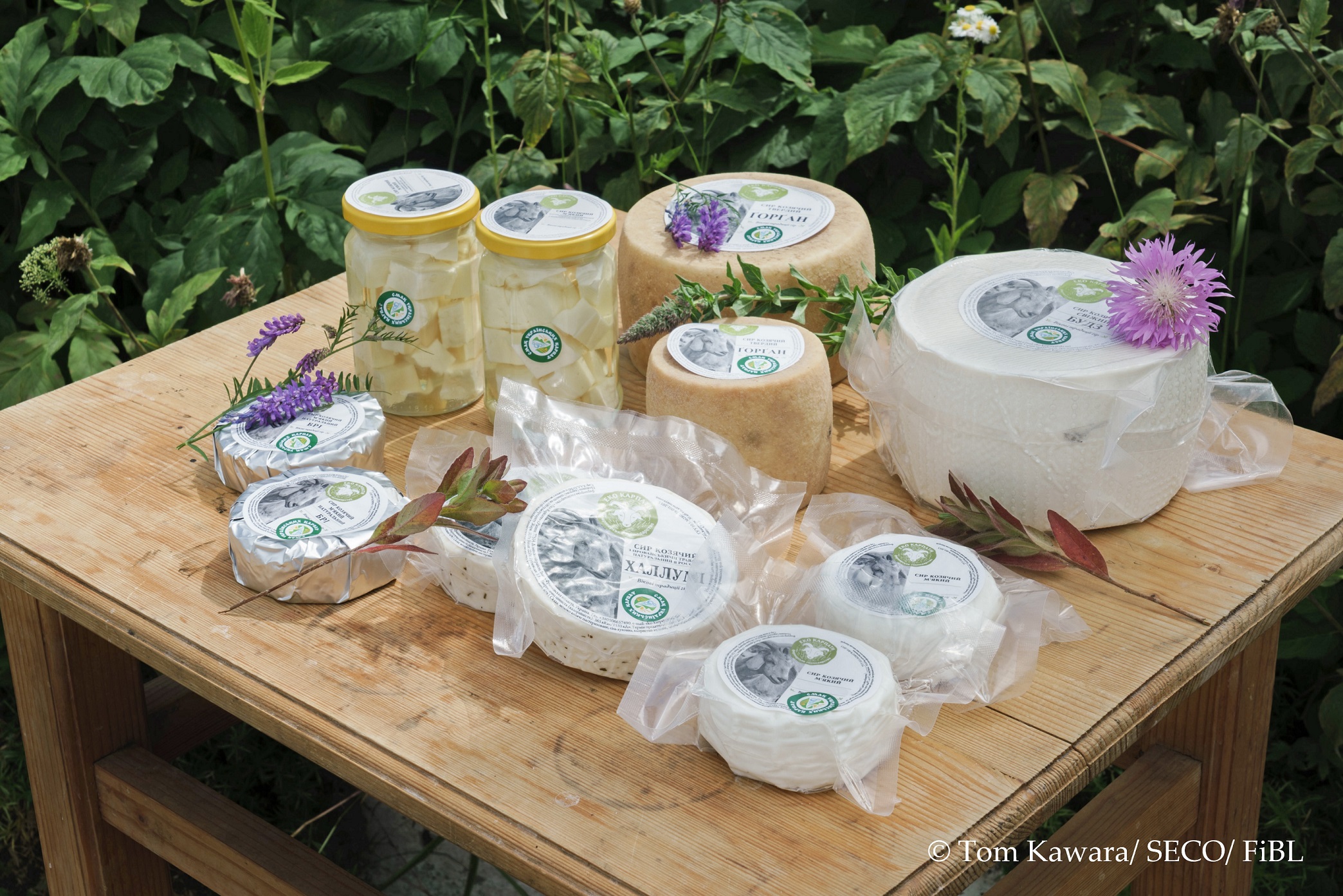 Ukrainian agricultural producers and food processors play a crucial role in both domestic and global food supply systems. Ukraine is the lead exporter in the world for sunflower oil with a global market share exceeding 50 %. It is also a major global player in the export of wheat: every tenth loaf of bread globally is baked using Ukrainian grain. In Africa and the Middle East, every second to third loaf of bread is baked from Ukrainian grain. Ukrainian corn is used in feed around the world; approximately one third of corn exports are directed to the European Union (EU). Ukraine is also the 7th largest global exporter of poultry meat and the 2nd largest exporter of honey.

The interruptions to the access of Ukrainian food producers and processors to markets caused by Russia’s military aggression in Ukraine will therefore not only affect consumers in Ukraine but may also cause food shortages and rising prices for food and agricultural production around the world.

Despite all challenges, food supply and distribution in Ukraine continue to function reasonably well. Major challenges faced by food processors include the lack of fuel for transportation and damage to the road infrastructure. Some food distribution centers have been deliberately targeted by the Russian military, which has reduced national storage capacities.

The Ukrainian government has developed a mechanism for public procurement of socially significant products for consumers including cereals, flour, bread, pasta, eggs, meat, cheese, condensed milk, butter, UHT milk, fresh vegetables, sunflower oil and canned food, among others. Food processors can sell their products to the government through this mechanism. The government then ensures the distribution of products to socially vulnerable groups.

To prevent acute food shortages in the country, the government has prohibited the exports of certain foods, such as rye, oats, millet, buckwheat, sugar, and salt. Wheat, meslin, poultry meat, eggs, live bovine animals, and beef can only be exported following the issuance of a special license by the government. Corn and sunflower oil continue to be freely tradeable.

Although, the food supply and distribution system is functioning reasonably well in large parts of Ukraine, acute and severe challenges exist in the eastern and southern parts of the country where active hostilities are ongoing. In these regions, supply chains are facing severe disruptions or have ceased to exist, and the communities depend on humanitarian aid.

Up until 24 February 2022, 70 % of Ukraine’s exports were transported by shipping vessels via the Black Sea. For corn and wheat, essentially all trade occurred via maritime routes. Due to the Russian military aggression in Ukraine, the country is no longer able to use its major seaports in Pivdennyi, Mykolayiv, Odessa, Chornomorsk and Mariupol. It was estimated that in March 2022, Ukraine only exported 10 % of its usual volume of grains as a result.

The most important remaining export routes are westward, through the EU, either by road or by railway. Negotiations between Ukraine and the EU are ongoing to develop these export routes, in particular the trade route through the Baltic Sea via Poland and the Black Sea via Romania. Although progress is being made to rapidly reinforce these trade routes, there are numerous challenges that need to be addressed to enhance the throughput.

Firstly, for trade both by road and railway, companies are struggling to find enough vehicles, cargo trains and engine cars. Fuel is limited because fuel storage sites are deliberately destroyed by the Russian army. Furthermore, there are shortages of qualified staff to drive trucks and to operate trains, since men have been mobilized for the army, have voluntarily joined the territorial defense groups or have been evacuated from hostile regions.

Secondly, inconsistencies in the widths of the railway tracks used in the Ukraine and throughout most of the EU are causing backlogs of trains at the border. Goods either need to be loaded from a Ukrainian train onto a new train, or the wagons need to be lifted while the chassis is being replaced. Both processes are time-consuming, require dedicated equipment, and limit the number of cargo trains that can be cleared for export per day.

Despite positive developments in the opening of new and larger capacity trade routes from Ukraine via the EU, the overall capacities of trade via road and railway cannot match the capacities or efficiencies of shipping vessels via the Black Sea. According to the Ukrainian Deputy Minister of Agriculture, Ukraine’s exports of agricultural commodities were able to feed 400 million people before the start of Russia’s military aggression, primarily thanks to the export via the Black Sea. Even with maximized export via road and railway, the exported agricultural commodities will only be sufficient to feed a small proportion of this population.

At the time of writing, while Ukraine is fighting to maintain its domestic food supply, the brunt of the impact of Russia’s military aggression on the Ukrainian food supply systems is primarily felt by the global market. Domestic food supply and distribution systems continue to function in most of the country, except in eastern and southern Ukraine, where active hostilities severely hamper and destroy food supply systems. The dramatic reduction of Ukraine’s agricultural exports is being felt around the world, most acutely by many countries in Africa and the Middle East. Food and feed prices are already rising and have the potential to cause new- and aggravate existing- food security tensions in vulnerable societies.