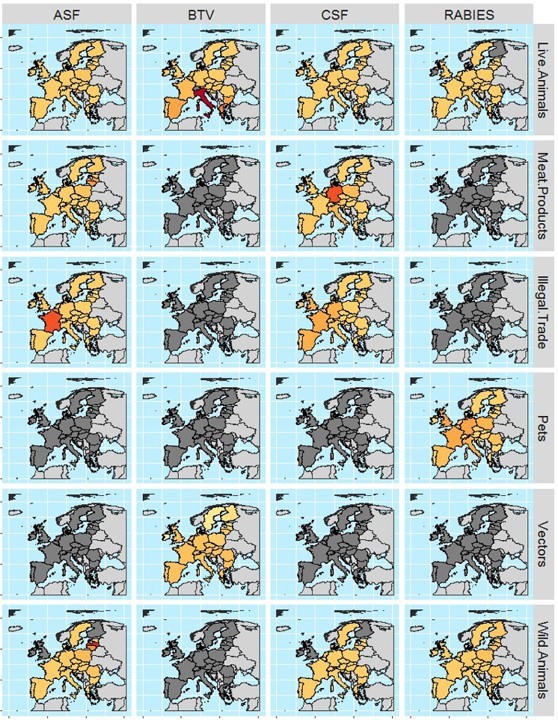 How can exotic animal diseases enter Europe and spread?

Modelling of how diseases enter and spread in a region can play an important role to predict dynamics of transboundary diseases. Outputs from modelling can contribute to better preparedness of authorities and rapid response to exotic diseases.

The project was led by the Animal and Plant Health Agency (APHA) in the UK. SAFOSO AG, the Istituto Zooprofilattico Sperimentale of Piemonte, Liguria e Valle d'Aosta (IZS) and the University of Zaragoza completed the consortium.

The consortium developed a model framework which makes use of global datasets to predict the probability of entry of exotic animal pathogens to European Union (EU) member states (MSs) via some of the most likely routes of introduction: legal trade of livestock and meat products, illegal trade of red meat, wild animal dispersion, windborne vector dispersion and human introduction of pets. The model was designed to be applicable for a wide range of pathogens, many of which have limited data. The model framework provides rapid access to and use of these available metadata.

In the papers, the application of the model was demonstrated through four case study pathogens with different transmission routes: African swine fever, Classical swine fever, Bluetongue and classical rabies.